The first thing you’ll notice about the headphones is their design, and they’re very similar to their more expensive counterparts. Of course, that’s not a bad thing — the design isn’t bad at all.

The headphones are built from a sleek black plastic, and it seems like it’s a relatively strong plastic too. Each unit features a prominent Mackie logo, along with a cable hook designed to fit around your ear to keep the headphones more safely in place. The cable is flexible, so if it doesn’t immediately fit around your ear to your liking you can shape them a little. Mackie given a lot of thought into the design of the headphones. The in-ear units are detachable, which is a nice touch, and means that if the cable breaks you can replace it without having to buy a whole new set of headphones. The cable seems pretty strong though, so you might not need to replace it.

In the box, you’ll find a slew of accessories. For starters, there’s a nice, rugged case with a relatively big latch. The case itself is big enough to hold the headphones and any accessories you might need. Speaking of accessories, you’ll get a headphone adapter and a ton of different ear tips. There are three pairs of memory foam tips, three pairs of dual-flange tips, and three pairs of standard gel tips. In general, we quite like the design of the Mackie MP-120 headphones. They’re relatively well-built too, which is always nice.

In general, the headphones are pretty comfortable too — though not overly so. Because there’s a range of accessories, it’s relatively easy to find a right fit. As usual, we strongly recommend experimenting with the different ear tips, but once you find the right fit they should fit decently well. Of course, these headphones are built for on-stage use — but you can obviously use them for general listening too. After some time of listening, as with any in-ears, you’ll find that you might need a bit of a break — but after you get used to them you should be able to listen for a few hours without any issues.

Ultimately, the most important thing to consider is how the headphones sound, and that’s the main point of difference between these headphones and Mackie’s more expensive offerings.

The most expensive headphones, the MP-240’s, feature hybrid dual drivers with one balanced armature and one dynamic driver, while the MP-220’s feature so-called “dual precision” drivers — or two dynamic drivers, one tuned for highs and one for lows. The MP-120’s, however stick with a single dynamic driver. Thankfully, that doesn’t necessarily mean that they sound bad — they still sound relatively good. Let’s start with the bass, which is generally deep and powerful. It seems like there’s a slight boost in the upper lows — which helps things like kick drums punch through a little more. It extends relatively low too, and while that’s not going to be hugely helpful during live playing it does help during general listen.

The mid range is decently well tuned too. The low boost carries over a little into the low-mids, and it helps give the headphones a generally warm tone. The high-mids aren’t especially boosted or cut, and while some might be looking for a boost for live performances, it still sounds fine and should offer enough cut for vocals and guitars.

The high-end is perhaps where these headphones fall a little short. Not only does it seem a little cut, but it also doesn’t really extend as far as we would have liked. It seems like the highs start falling off at around the 6-7kHz mark, which is a little low for our liking.

Noise isolation is also important for on-stage use, and while the headphones don’t block out a ton of noise, they still cut out some. According to Mackie, the headphones offer “up to 40dB of sound isolation,” but whether that’s true or not we think they should be fine for most medium-volume on-stage use. So should you buy the Mackie MP-120 headphones? They’re a solid option — they offer a nice design, are decently comfortable for on-stage use, and they sound pretty good too.

Still, if your budget is around the $80 mark, these are a pretty good offering — and excellent for the price.

What is Mesh? Find Out What The New WiFi Tech Means To you 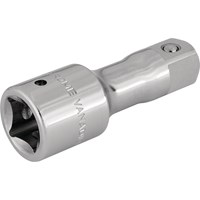 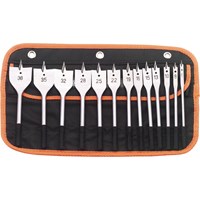 How to Pick Out a Shoe That Will Actually Last

J.Crew Finally Restocked the Nike Killshot 2 Sneakers I Wear Every...