Brainwavz is slowly but surely making a name for itself in the consumer audio business, and has made dozens of models of headphones that come at an excellent price. Earlier in the year we reviewed the Brainwavz BLU-200 earbuds, which managed a very respectable 7/10 despite their low price of $55. Today we’re taking a look at another pair from the company — the Brainwavz M100, which come in at a slightly higher $90.

But are the new earbuds worth the extra dough? Or should you save your cash and buy something else? We took a look at the Brainwavz M100 earbuds to find out.

The first thing there is to notice about the Brainwavz M100’s is their design, and they look very sleek indeed. They carry a very similar style to the BLU-200’s, however rather than having green highlights, which gave the BLU-200’s a somewhat sporty look, they’re all black, helping make them a little more premium-feeling.

Because of the fact that they’re wired, the earbuds themselves are quite a bit smaller than the BLU-200’s. That’s a good thing — while the BLU-200’s needed a little extra bulk for batteries and wireless radios, the M100’s have a much more inconspicuous and subtle look. Even the cable on the Brainwavz M100’s looks nice. The twisted plastic gives it a much more premium feel than a standard plastic feel, and while that may not help improve build quality, they also don’t seem too prone to tangling — which is great if you plan on carrying these around in your pocket.

In the box you’ll find the earbuds themselves, a hard carrying case, a clip to attach them to your clothing, a total of seven pairs of ear-tips, and a pair of Comply tips. Those Comply tips are a very welcome addition, especially for a pair of earbuds in this price range.

Halfway down the right cable, you’ll get in-line controls and a microphone. The controls are a simple three-button setup — one center button, one volume up, and one volume down.

Being earbuds, the Brainwavz M100’s aren’t going to be supremely comfortable, but they’re not too bad either. The size of the earbud’s shaft is a little bigger than many other earbuds we’ve seen, which unfortunately does cause some discomfort after long periods of listening.

That’s not where the problems end, however. Because they’re so large, the earbuds are very prone to falling out. You’re probably going to want to experiment with different eartips, however it wasn’t really until we used the Comply memory foam tips that the problem really went away. That’s no fun — some people don’t like the feel of Comply tips, and those people are going to have a frustrating time trying to keep these in-ears in their ears.

If you read our review of the BLU-200’s you’ll find that the large tip problem is the exact same problem we experienced with them.

The Brainwavz M100’s sound decent, but not incredible. Like the BLU-200’s they have plenty of warmth with a somewhat slow feel to them. That’s largely due to the lack of higher frequencies — where the attack from drums and other instruments often comes from. Let’s start with the bass. Actually, the bass on the M100’s is pretty nice. It’s punchy, and while there is a little mudiness, there isn’t too much at all. Hip-hop fans will find plenty of bass to enjoy with the M100’s, which is largely attributed to their driver size. It’s ironic really — one of the things that makes these headphones sound good also makes them fall out of your ear a lot.

The mids are a bit hit and miss — while there seems to be a good amount of low-mids, the high-mids are dipped a little too much for our liking. That really cuts out things like guitars and even some vocals.

It’s not until we get into the highs, however, that guitars and vocals really suffer. It seems almost as if the Brainwavz M100’s have a low pass filter that cuts out all the highs. Sure, the highs are there, but they aren’t there enough to really enjoy them, and a lack of them gives the headphones a somewhat boring sound. There is a caveat to this, and it’s one we didn’t expect — these earbuds sound really nice on classical music. There seems to be an excellent amount of warmth for low strings and brass, and while some more attack would be nice on violins and higher brass, the otherwise boring sound ended up being more leisurely than boring.

The Brainwavz M100’s are a decent pair of earbuds, but they suffer from some key issues. First of all, their large size causes them to fall out quite a bit. Not only that, but the boring sound leaves a lot to be desired.

Because of that, we highly recommend going for the Meze 11 Neo’s instead — which are wired, just like the M100’s, and come at a cheaper price. 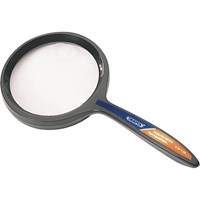 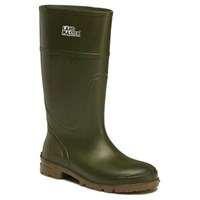